The adobe structures are estimated to be over a thousand years old. When the Spanish came to Pueblo country, some assumed they had found their “Cities of Gold” because of the miccaceous mineral found in the clay used for mudding the buildings. Micca, for short, glitters in light therefore the assumption was made by the Spanish. The Adobe structures are mudded every year by owners of the homes or by a designated group of men. The majority of the homes are still owned and maintained by the family.

The homes are generally passed down from one generation to the next with, usually, the eldest son being the sole owner. These homes are still used for religious and cultural activities. The homes are the connection to our way of
life and to our ancestors. 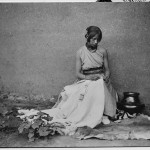 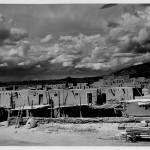 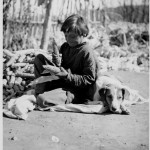 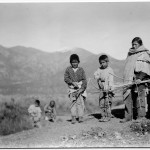 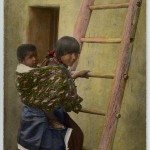 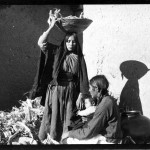 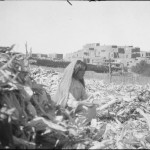 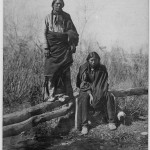 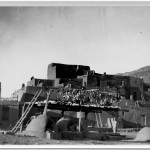 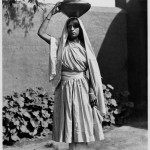 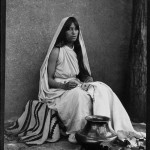 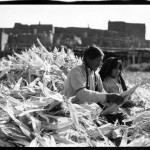 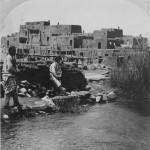 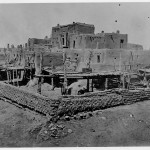 The Return of Blue Lake

On December 15, 1970, former President Richard M. Nixon signed into affect Public Law 91-550, approved in a bipartisan manner by the United States Congress. In speaking of the Bill’s significance, President Nixon stated, “This is a bill that represents justice, because in 1906 an injustice was done in which land involved in this bill, 48,000 acres, was taken from the Indians involved, the Taos Pueblo Indians. The Congress of the United States now returns that land to whom it belongs … I can’t think of anything more appropriate or any action that could make me more proud as President of the United States.”

That signing restored Taos Pueblo lands and led to the unhindered continuation of the Pueblo’s millenniums-old traditional culture. It also set a precedent for self-determination for all American Indian people, tribes and nations. Taos Pueblo Governor James A. Lujan had declared, “We hope all our neighbors in the Taos Valley will plan to be with us as we celebrate this momentous event for the people of Taos Pueblo.” As Cacique Romero, the Pueblo’s religious leader in the late 1960s and 1970s, who was instrumental in testifying on behalf of the Pueblo before Congress, stated in his response to Congress’ approval and President Nixon’s signing, “Anew day begins not only for the American Indian, but for all Americans in this Country. ” That new day led to Taos Pueblo safeguarding the interest and welfare of the Pueblo and its water supply, natural and domestic resources, and the locale of social and cultural events.